Describe a better moment in life than the waves gently hitting your feet, while saltwater drips down your chin, with the taste of the ocean exploding in your mouth as you knock back an oyster plucked straight from the ocean. This has got to be one of life’s greatest pleasures.

Australia has the 6th longest coastline in the world at 25,780 km (16,020 miles), so it’s no surprise that some of the world’s most sought-after oysters are produced by Australia.

In fact, a major contributor to the Australian economy is the production of oysters- at approximately 57 million dollars a year. That’s about 10,000 tons worth of oysters.

Are There Oysters In Australia?

What Type of Oysters Are In Australia?

The Coffin Bay King Oyster hails from Coffin Bay’s pristine waters in South Australia. They are Pacific oysters that are allowed to grow up to six or seven years, unlike most oysters which are typically grown for eighteen months.

The oyster’s distinctive flavor, texture, and size are contributed by the extended growth period that it has- giving it a premium quality. The giant-sized oyster has a larger piece of flesh on the inside- it can even be said that the oyster is ten times meatier than the usual oyster.

They’re featured among the most expensive food items in the world, and for a good reason. Coffin Bay King Oysters are firm, sweet, tender, and juicy- with a crisp saltiness that gives you an intense oceanic finish, which lingers even after you’ve eaten the oyster.

Tasmanian Oysters come from the oyster beds along the north, east, and south-east coasts. There are two different oyster species in Tasmania- the Pacific Oysters (Crassostrea Gigas) and the Australian Flat Oyster (Ostrea Angasi).

Pacific Oysters are a species that originates from Japan. They were introduced to Australia in the 1940s. This oyster tastes best from April to September.

While the Australian Flat Oysters were on the verge of extinction due to being overfished during the 1800s by colonial invaders. This species is now farmed in small quantities.

The Pacific Oysters are definitely not as sweet as the Sydney Rock Oyster and are more on the briny side. They taste salty, fresh, and have a crisp clean finish.

The Australian Flat Oyster has a fine texture, rich flavor, and is full-bodied. The oyster is best described as more vegetal, towards muddy.

The Sydney Rock Oyster was Australia’s first aqua species. The species is traditionally farmed in sheltered estuaries, inlets, and bays. The oyster has a thick and smooth shell, while its flesh is tender and silky. The oyster has a distinctively strong flavor.

This species of oyster is available throughout the entire year and is best enjoyed fresh, with a dash of pepper and a splash of lemon juice. The Sydney Rock Oyster can also be enjoyed grilled, steamed, poached and fried.

Sydney Rock Oysters are native to Australia and their peak season is from September to March.

Sydney Rock Oysters are sweet, creamy, and rich in flavor with a slight brine and mineral taste. The oyster’s flavor is definitely unique, as other oysters don’t have the same mineral-like taste.

How Are Oysters Grown?

The difference between Bottom Farming and Off-Bottom Farming is that in the first method, oysters are grown at the bottom of the ocean. While in the second method, oysters are grown without touching the bottom. These two farming methods aren’t mutually exclusive, and farmers can use both methods over an oyster’s life to achieve the desired yield or look.

The closest method to growing oysters like they would naturally grow in the wild is bottom farming. Farmed oysters don’t have the same surface as wild ones, but if farmed using the bottom method they have the same grow-out pattern. So, the wild oysters and bottom-farmed oysters can be considered native cousins. This is because they’re both living at the same bottom and filtering the same water that affects their rigidity and shell color.

Cage farming houses oysters in grow-out mesh bags, which secures them from touching the bottom or floating away. The cage needs to be stable at the bottom because it’s quite heavy and may end up sinking if the mud below it is soft.

Cages are generally used when oysters are not yet ready for bottom-planting and are still very young. Cage farming essentially protects the oysters and gives them more space to grow.

Oysters are first placed into grow-out bags then tied to a steel rebar rack. This farming method is highly dependent on the area’s tidal range. The optimal tidal range should be low enough so that the bags can be accessed by growers.

In tray farming, oysters are grown in grow-out trays. Tray farming has a similar function to rack-and-bag farming, the only difference being that they can be stacked to save space.

The best oyster depends solely on your taste, so try them all and see which one is your favorite.

There’s no “right” or “wrong” way to farm oysters. Many farmers use a combination of methods. That’s the most exciting thing about the oyster industry, there’s always something new to try. 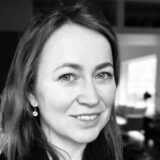 The Times I Didn’t Dare To Eat Oysters

200 phenomenal facts about Oysters you should know about

How To Open and Shuck the Oysters?

Oysters Au Gratin With Anchovies And Capers From Pantella